Update: This article was update on 10/26/2021 at 2:33 PT to improve image visibility, remove a few redundant points add photos for the people mentioned and update one of their names.

In July 2020, the Social Media Intelligence Unit (SMIU) published an analytical report called “Society Burning: Tactical Assessment. (Archived)” SMIU is European and appears to have an objective of stopping the far-right from taking a larger foothold on social media.

The paper “analyzes” social media activity of the far right, as well as what they consider Antifa. Some conclusions drawn in this analysis are dangerous. They indicate centralization of effort where none exists. They generalize and lead readers to draw false conclusions regarding antifascist activists.

The actions spelled out in this report appear to be a coordinated effort between SMIU’s newest “Source Intelligence Analyst,” Elisabeth “Libby” Shaw, and Dustin Ledford Woods “neuralculture.” Shaw also uses the names “StBridgetAthena” “KittenOfBastet” and “LibbyInPhilly,” while Woods uses “neuralculture”, “circusofanarchy” and “agencyofchaos.”

The SMIU study was a product of Alliance4Europe. The names of the contributors are James Patrick (LE / Intel community), Libby Shaw (LibbyInPhilly) & serial SWATter, FBI cooperator & spousal abuser Neal Rauhauser. (Top of Page 45 from Society Burning is below) 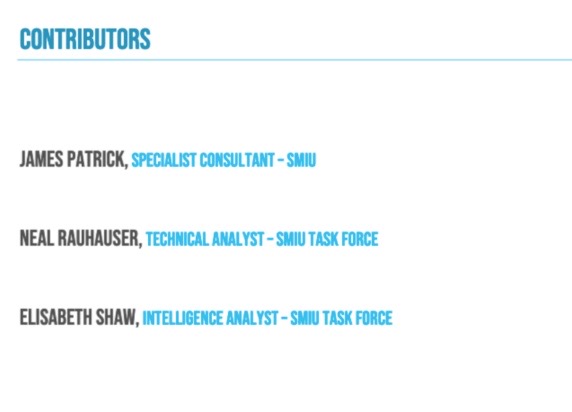 For over three years, Shaw has demonstrated disdain for antifascists, been heavily engaged in psy-ops and propaganda, and has coordinated with extraordinarily dangerous propagandists on the far-right in the process.

“The far left ideologies are appealing because they can feign a position of strength. But even if put into power, they still have to find compromise with the GOP. I think many would be surprised to see how quickly that strength turns into practicality.”

“The far left and the far right are working together to create imaginary enemies. They want to look like they’ve been victimized. They haven’t. They do it to themselves. They learned it in the men’s rights movement and perfected it during gamergate.” ~Libby Shaw (StBridgetAthena) 2017-08-04

“That’s the problem. Exactly. The “antifa dorks” who are “fighting white supremacy” only see things in black & white (literally and figuratively). They aren’t listening to ppl who aren’t seeing things through the same lens.” ~Libby Shaw (StBridgetAthena) 2019-09-04 https://archive.vn/ZtzE1 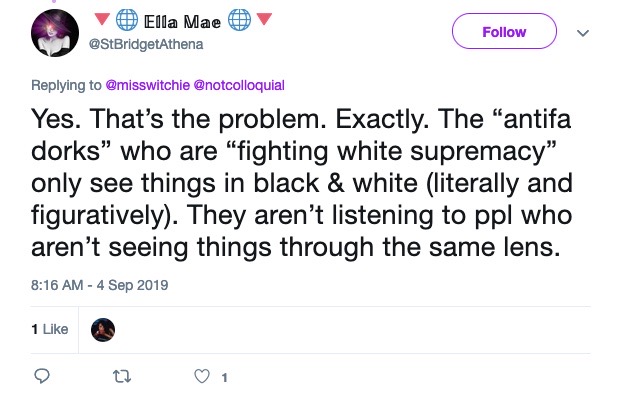 “That’s what accelerationism does. We only ever really hear about the NRx and white supremacist side of that, but Nick Land’s version came years after the original Italian futurist philosophy. Accelerationism is what ties far left and right groups.” ~Libby Shaw (StBridgetAthena) 2020-06-08 https://archive.vn/K0NiW 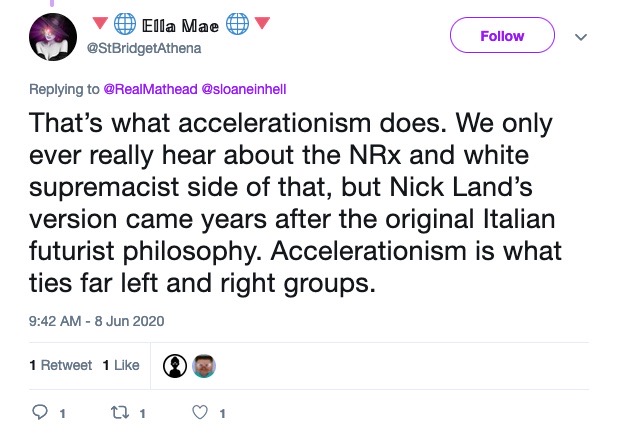 “if you run both sides ops, you can have one side faildox a persona on the other side. the side who does the faildoxing gets to build engagement and group cohesion. the receiving end can hold up the “attack” from the other side as evidence of persecution by the opposition.” ~Libby Shaw (StBridgetAthena) 2020-07-23 https://archive.vn/V8bjQ 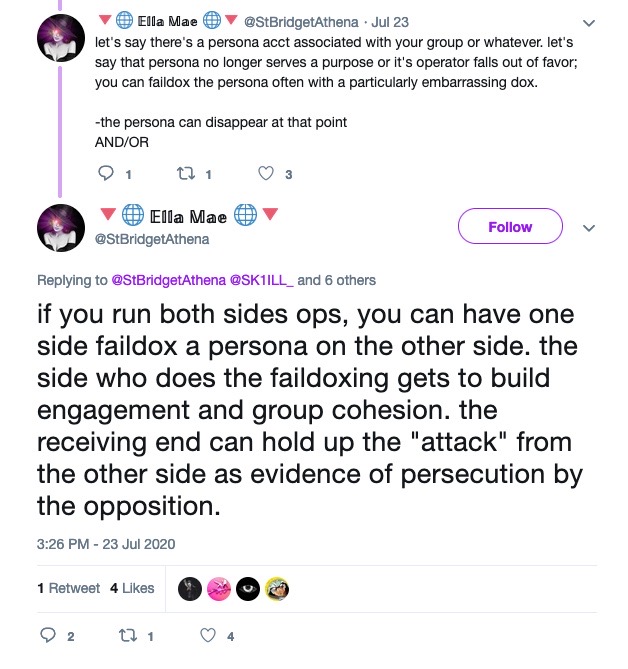 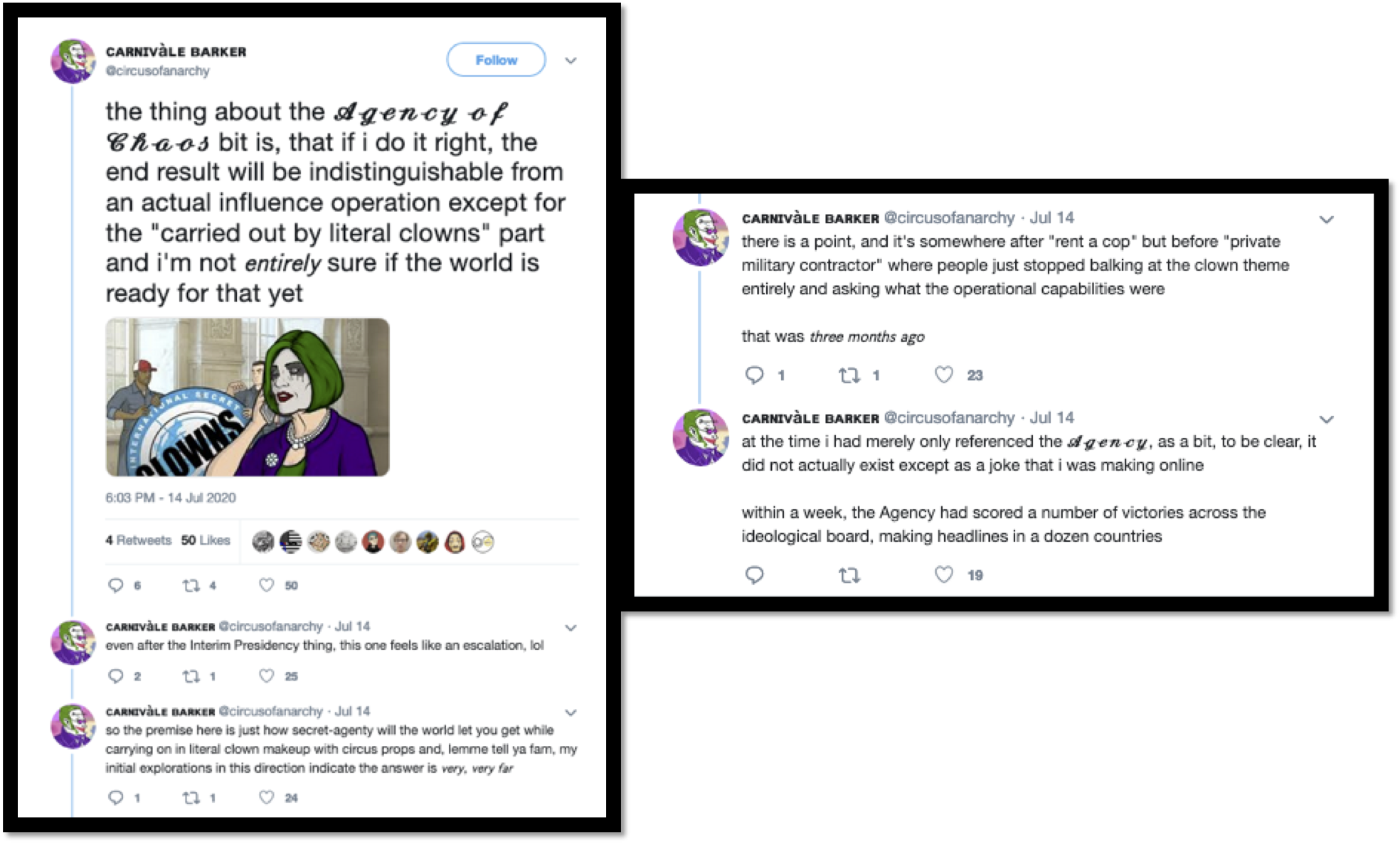 Findings by an employee at the group who published the study could create harm by demonizing Antifa, then amplifying that message with coordinated propaganda, produced in part by the very same employee

These are a few of the many inaccurate, harmful and dangerous findings in the report:

For over three years, (now) SMIU analyst Libby has espoused anti-Antifa rhetoric. Neuralculture, has a track-record of being somewhat of an edgelord and bombastic in gaining attention and perception-wise, “taking control” of different events via Twitter. They’ve changed handles to the following over the last three months (these handles are the primary ones driving the accelerationist messaging): 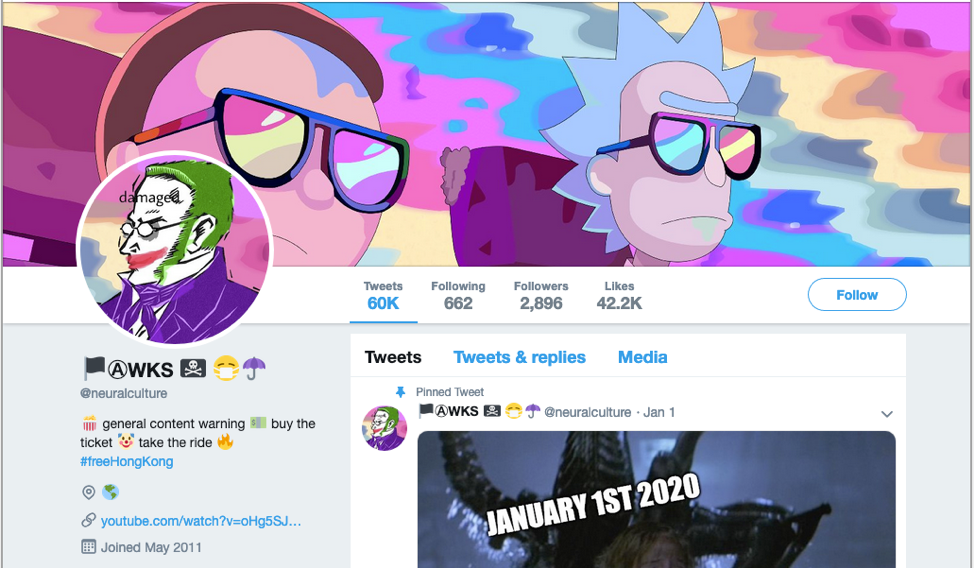 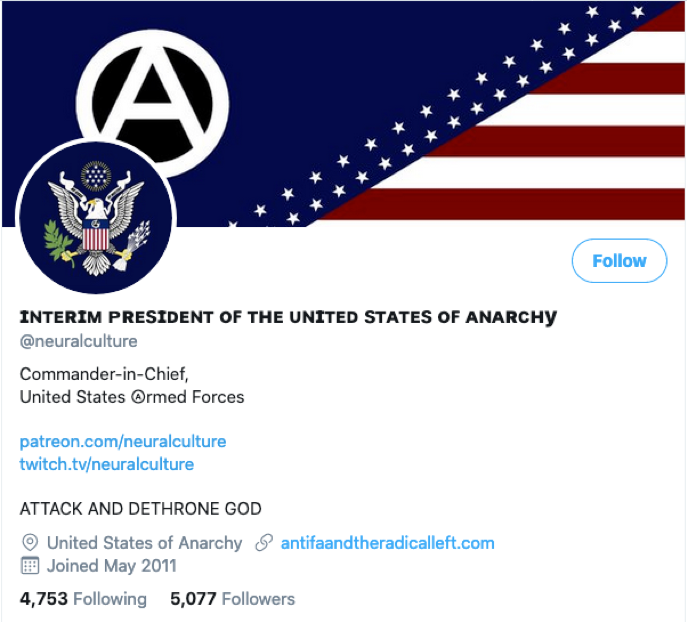 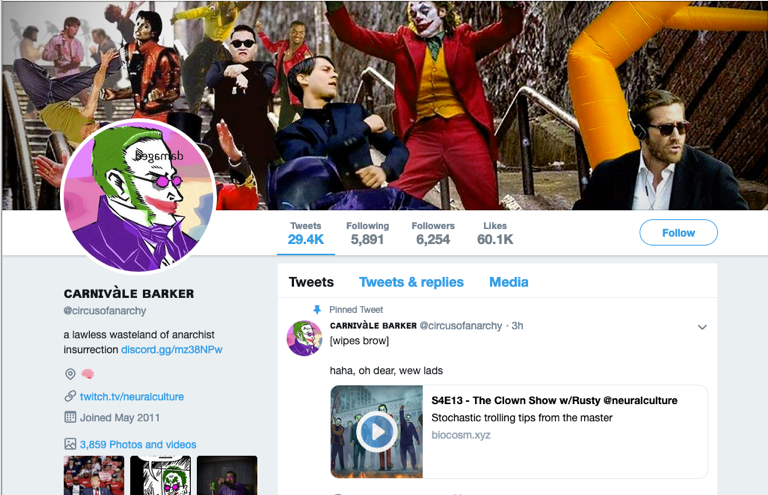 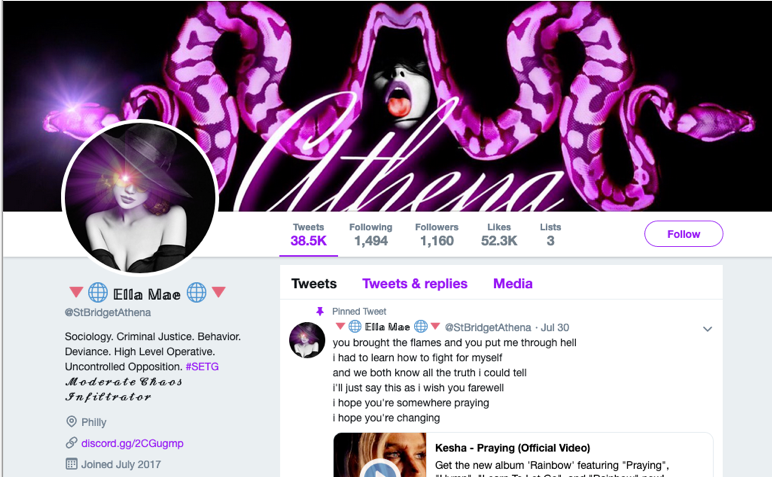 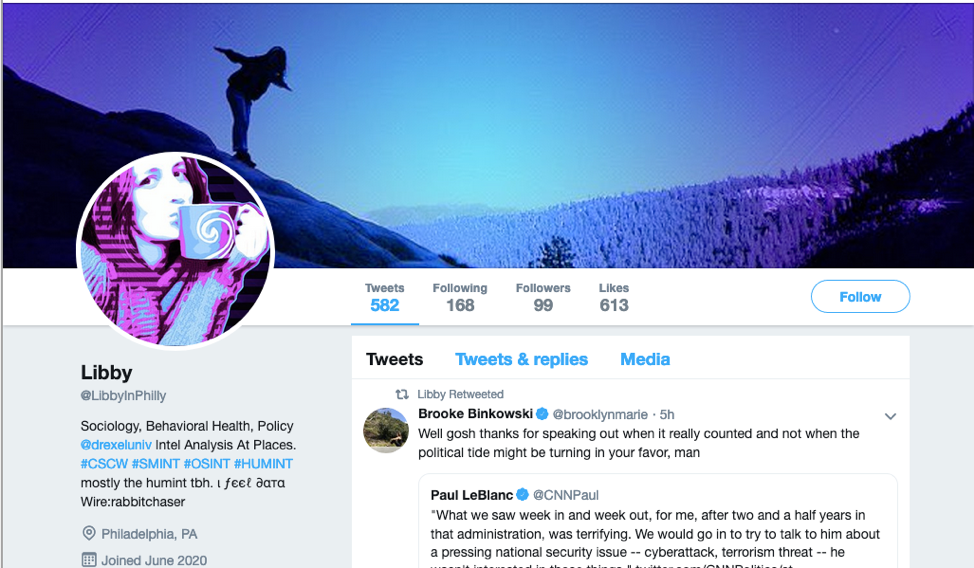 Correction (2020-08-18): Initial post indicated collaboration between neuralculture and Libby on Wire. This has been corrected to reflect Twitter and Discord.